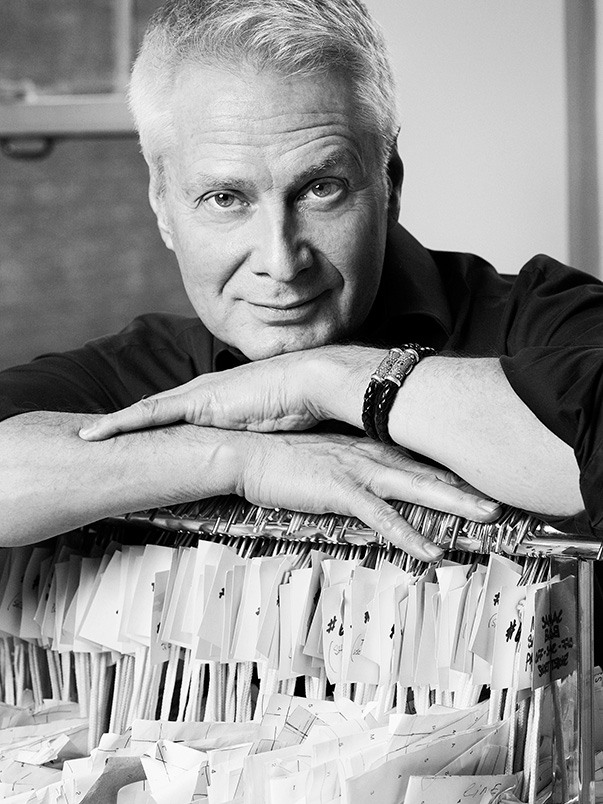 Born in Mishawaka, Indiana, Donald Deal always knew he wanted to be a Designer.

Today, he is the creative force behind the label that bears his name.

His collection of evening gowns, dresses and sportswear is defined by impeccable tailoring and uncompromising attention to detail. Using the finest quality fabrics, each piece is intricately hand-sewn and often beaded with glass, crystal and semi-precious stones. This commitment to quality and design has created one-of-a-kind Couture looks that have graced the pages of national fashion magazines and often appear on the Red Carpet.

After graduating from The Skadron Fashion Institute in California, Donald began his career at Paramount Studios in Hollywood, working as a Designer and Wardrobe Stylist. Three years later, as a Designer for Amen Wardy, he met the iconic designer James Galanos. Galanos was impressed by Donald’s tailoring skills and mentored him in the early days of his career. “I learned many things from Galanos. Perhaps the most important thing he taught me was to hone my craft… that there are no shortcuts.” Donald later went on to become the Design Director of Eva Chun, leaving in 1991 to open his own company Donald Deal, Inc. and launch his first collection.

Donald Deal’s collections have been presented on the runways of New York Fashion Week since 1994 and are sold to exclusive retailers nationwide. In addition, Donald offers custom-made Couture clothing to a select and growing clientele. This one-on-one collaboration is something he truly enjoys. “When a client puts her trust in me there is a wonderful journey ahead… for both of us”.

A member of the CFDA since 1995, Donald has appeared on national television shows such as Entertainment Tonight, Access Hollywood, E! Entertainment Television and ABC’s The View. His designs have been featured in numerous high fashion and lifestyle magazines including: W, Harpers Bazaar, Town and Country, Vanity Fair and Allure among others. Donald made his Broadway debut as the designer for Kathie Lee Gifford in Stephen Sondheim’s “Putting It Together” and designed her gowns when she hosted the Daytime Emmy Awards.